In 2015 at the age of 21, I went to my local ER three times for lower back pain and was sent home every time. After a wonderful Disney trip, I went to my local ER with severe back and stomach pain. After several tests, the doctors told me it looked like I had large tumors in both lungs. Eventually, I had a biopsy which confirmed my worse fear — I had stage 4 large B cell non-Hodgkins lymphoma. My whole world turned upside-down.

I went through five different surgeries and several more tests before I was released from the hospital. In October 2015, I started my first chemotherapy treatment and by February 2016, I had finished six rounds of R chop chemotherapy. I also completed on month of chemotherapy the following May. i completed one full month of radiation. After eight chemo therapies, and one full month of radiation, I was finished with treatment. When I lost all my hair, I fell into a deep depression.

I am now 23 years old and my daughter will be two in June. My doctors just placed me in completed remission, one year after treatment. I still have small tumors in my chest but they are not growing. My mother was my support system along with my brother Ryan, who pushed me every day to not give up. I hope to inspire and share my message to the world. No matter what life brings you, there is always a way through it. 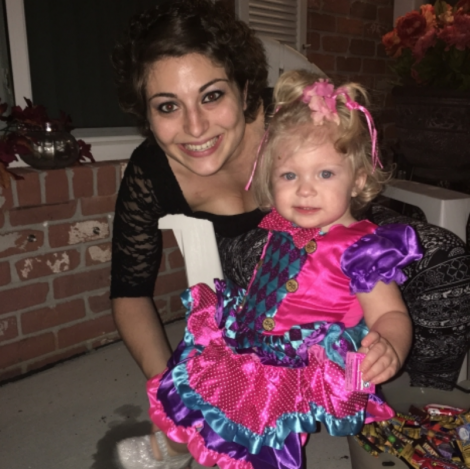